I was born and raised in Sutton Coldfield in Birmingham and after school I worked as secretary for a big Consulting Engineering Company and one of my roles was Site Secretary on the ICC in Birmingham.  I then worked as Senior Banqueting Co-Ordinator at the Albany Hotel in Birmingham.  This led me to travel on my own to Australia and the Far East for a year.  When I came back to the UK I then worked as a Holiday Rep for First Choice in the Canaries for 3 and a half years.  I decided to settle back home and worked as an Office Manager for a Finance Company.  After I met my husband we moved to Bridgnorth where we have lived ever since with our two girls.  I worked for Steve in 2010-2014 and then he asked me back in September 2018.  I must have done something right then! 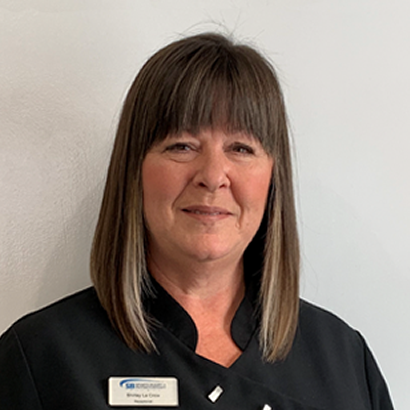 Under the easing of lockdown rules on Sunday the 9th of May and communication with our governing body, the Chartered Society of Physiotherapists, we can now offer further service.